The Richmond is a small hotel situated directly on the ocean in the heart of Miami Beach’s historic Art Deco District and in one of South Beach’s finest location. The Richmond is an authentic art deco restoration, meticulously and lovingly directed by owners Patricia and Allan Herbert and is family-owned and operated since 1941. The Herbert’s have paid detailed attention to every aspect of the renovation and maintenance of the Hotel and their passion for it has been embraced by the hotels friendly, hand-selected staff who provide sincere and personalized, cordial hospitality which has developed a strong, loyal clientele and following.

The Hotel is just steps from the Miami Beach Convention Center, the Fillmore Miami Beach at Jackie Gleason Theater, the New World Symphony, Botanical Gardens, Holocaust Memorial and Bass Art Museum. The Richmond is also within easy walking distance to Lincoln Road and Ocean Drive and all of the exciting nightlife, fine dining experiences and shopping that South Beach has to offer. The Richmond is conveniently located to the Miami International Airport, the Port of Miami and all major South Florida sporting & event venues.

NYC & Company, New York City’s official destination marketing organization, 7 December 2017 announced the first-ever NYC Broadway Week Winter Stay hotel promotion to coincide with NYC & Company’s celebrated biannual Broadway ticket offering, NYC Broadway Week, taking place early 2018. Through the promotion running January 15 through February 5, global visitors with NYC Broadway Week 2-for-1 tickets who stay at one of over 25 participating hotels will receive a daily $25 food and beverage on-property credit—perfect to use before or after attending a Broadway show. All 26 participating hotels* are centrally located to Broadway’s famed Theatre District and will offer attractive room rates as part of the promotion.**

“We are pleased to offer visitors the first-ever NYC Broadway Week Winter Stay promotion and for more than 25 hotel partners to join us on this new initiative,” said Fred Dixon, president and CEO of NYC & Company. “This is the first collaboration between our hotels and our celebrated NYC Broadway Week program. Overnight guests will benefit from ease of access to the Broadway theaters and savings on a hotel stay within the heart of New York City.”

The NYC Broadway Week Winter Stay promotion features a diverse array of accommodations to satisfy a variety of visitors. Participating hotels include independent boutique properties such as the new Luma Hotel Times Square; luxury options like The Chatwal, A Luxury Collection Hotel, and The Knickerbocker; as well as recognized brands like the New York Hilton Midtown and the Sheraton New York Times Square. Overall, the winter season’s attractive hotel rates in addition to the daily food and beverage credit offered by all participating properties make for a great value.

*Subject to availability; additional properties may be added to the promotion.

**Certain terms and conditions may apply. Guests may be asked to present NYC Broadway Week tickets upon check-in, subject to hotel discretion.

The NYC Broadway Week program will return in winter 2018 with 20 Broadway shows expected to participate. Tickets will go on sale at 10:30am on January 5, 2018, for performances January 16 through February 4. Participating shows and details to be announced soon. nycgo.com/broadwayweek.

For more to do in NYC this winter, visit nycgo.com/winter. 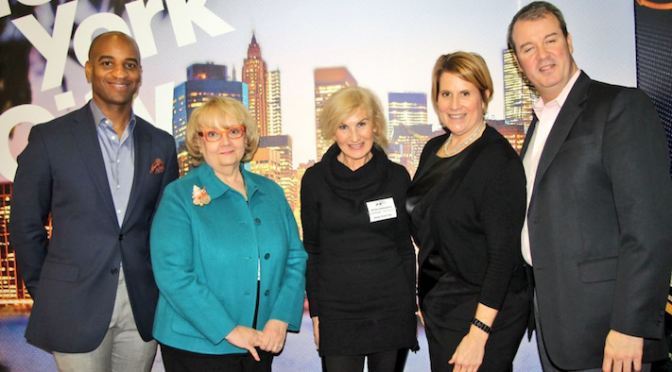