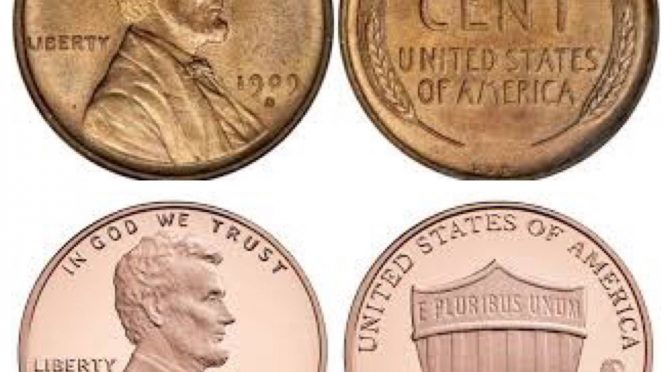 “I wanted A.Lincoln to be more intimate, deeper, more kindly. I read everything I could find describing the man’s personal side. I studied his portraits and the death mask until I believed I knew him. My mind was full of Lincoln,” said Lithuanian born Litvak Viktoras Breneris, who designed Lincoln penny, as well as 125 other medals, sculptures, badges, etc.

The first Lincoln Cents were officially released on August 2, 1909 and are still being produced today. To have a President’s portrait on a coin was almost a “revolutionary” act: up to 1909 the only figures on everyday American coins were allegorical figures, like Liberty. It was President Theodore Roosevelt who authorized the creation of the Lincoln penny in 1909 to celebrate the 100th anniversary of Lincoln’s birth.