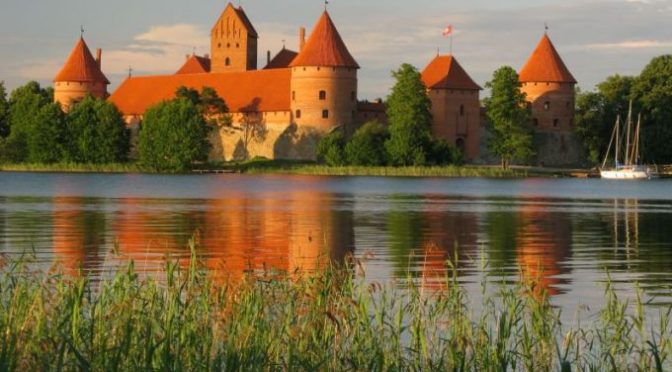 France is planning to give some attention to Lithuania in its morning show “Télématin“ on “France 2” TV channel, as well as in a women’s magazine “Biba” with a circulation of 306 thousand, and in a Parisian lifestyle weekly “Telerama Sortir” or in a montly travel journal for professionals “L‘Echo Touristique” among others. Already at the end of April the Department of Tourism is going to organise an introductory tour to a journalist of TV show “La Quotidienne“ of “France 5” who is going to make a commentary about possibilities of a weekend trip to Vilnius and its surroundings.

Introductory tours will be organised to Italian journalists from “Elle”, “Style Magazine” published with “Corriere della Sera”, “La Stampa”, “Vanity Fair”, “La Repubblica”, Nationalgeographic.it; Lithuania also has the attention of gastronomy magazines like “Viaggi del Gusto” and a gastronomy guide “Gambero Rosso”.
High-end Lithuanian restaurants and local chefs are of interest to Jim Dobson, a journalist of the influential US businesses magazine “Forbes”; an introductory tour to this journalist at the end of June is being thoroughly arranged.
Visits of journalists of flight magazines “Blue Wings” (available in “Finnair” planes) and “Skyward” (available in “Japan Airlines” planes) to Lithuania are also important.
We also have a goal to invite “China Daily” journalists to Lithuania, as well as the Finnish travel magazine “Mondo”, the German national newspaper “Frankfurter Allgemeine Zeitung”, one of the key daily newspapers of Berlin “Der Tagesspiegel”, “Deutschlandradio”, one of the key weeklies in Sweden “Aftonbladet”, another top Swedish weekly “Icakurirer”, negotiations with the British travel magazine “Wanderlust”, which announced Lithuania one of the hottest travel destinations of 2018, are ongoing.