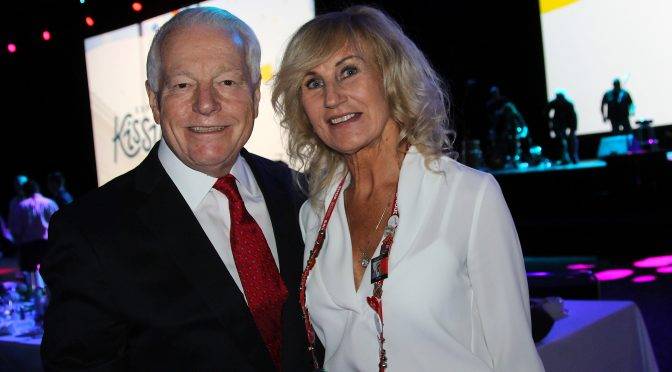 Roger Dow, President & CEO, U.S. Travel Association is a busy man during IPW but it was nice to have the opportunity to meet him during a luncheon event.

Event promo interview with Roger Dow, President and CEO, of the U.S. Travel Association about the upcoming IPW Denver 2018.

IPW is the travel industry’s premier international marketplace and the largest generator of travel to the U.S. In just three days of pre-scheduled business appointments, more than 6,000 delegates representing U.S. travel organizations from every region of the USA and international and domestic buyers and media from 70+ countries meet face-to-face to conduct future travel business to the USA.

For further information to to book a stand or attend as buyer or delegate visit:  www.ipw.com

Interview with Roger Dow, President and CEO, of the U.S. Travel Association speaking at the Phocuswright Conference, November 2017. The video includes shots of the presentation to BeachInspector.com  – Winner of the Brand USA Marketing and Innovation Award 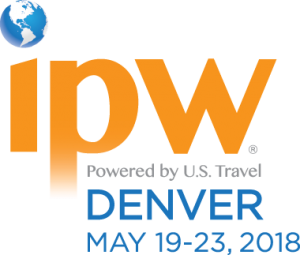 Interview with Roger Dow, President and CEO, of the U.S. Travel Association speaking at the Phocuswright Conference, November 2017. The video includes shots of the presentation to BeachInspector.com  – Winner of the Brand USA Marketing and Innovation Award

There’s an overriding message especially in the media, that American doesn’t want people to be here. Further from the truth. What I think the Administration’s been very strong on security, and you have to be strong on security and accessibility. My message to the Administration should be America’s closed to terrorists, and open to everyone else. And that open to everyone else hasn’t happened. But still people separate politics and place. People still wanna come here. We’re seeing good numbers. The real bad thing here is the dollar. The dollar’s so strong that it costs you a lot more if you come from Ireland or if you come from Europe to come to America. So that’s our bigger problem. People wanna blame it on the President, but it’s a lot and most about dollar and global economies. My clear message is it’s the safest place to travel to the U.S. Never been a better place to come. And on behalf of all of U.S. destinations, it’s one big welcome. We wanna see you. We want you to come and spend your money, but we also wanna get to know you. 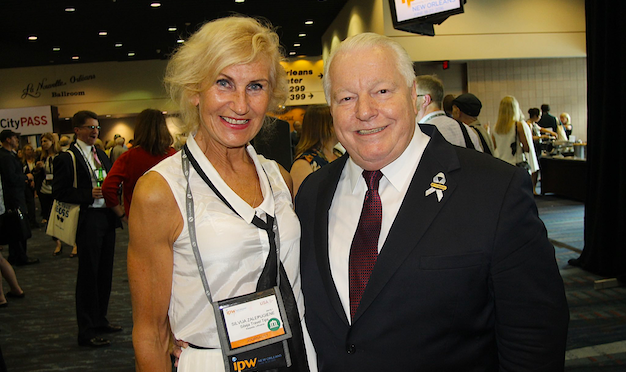 Silvija Zalepugiene, Silvija Travel Tips with Roger Dow, President and CEO of the U.S. Travel Association at the CityPass media reception and awards at IPW.

Four travel journalists captured top honors in the U.S. Travel Association and Brand USA’s  IPW Travel Writer Awards competition, sponsored by CityPASS. The winners were announced yesterday during a media reception at the IPW trade show in New Orleans, Louisiana. The U.S. Travel Association, which coordinates the awards, received more than 150 contest entries from journalists representing 58 countries. The winners were as follows:

Best IPW Host City (Orlando) Article — Brazilian editor Amanda Fernandes Leonel de Queiroz captured top honors in this category, which judges articles highlighting the previous year’s IPW host city. After attending IPW 2015 in Orlando, Leonel was inspired to write a cover story for Melhor Viagem, a travel magazine targeting readers 55+ in Brazil. As the title of her article, “Orlando: De volta à infância” (Orlando: Back to Childhood), suggests, all you need to enjoy Orlando is a youthful spirit and a willingness to explore new horizons.

Best U.S. Travel Destination Article — Due to the high number of outstanding entries received, the judges selected two winners in this category. Phoebe Smith, editor-in-chief of the U.K.-based travel magazine Wanderlust, won for her story “A Walk in the Woods.” Using Bill Bryson’s classic travel book of the same name as her inspiration, Smith drove the entire 2,180-mile length of the Appalachian Trail over a two-week period, cherry-picking the main highlights to explore on foot as she went. The resulting story, published in the October 2015 issue of Wanderlust, is chock-full of great information for would-be hikers, as well as engaging descriptions of the colorful personalities Smith met along the way.

Also winning in this category is Lindsay Sutton, a freelance travel journalist from the United Kingdom. On the 100th anniversary of President Theodore Roosevelt’s creation of America’s expansive and much-envied National Parks system, Sutton chronicled a trek across North Dakota, the U.S. state where the idea for the National Parks system was born. Sutton’s article, “Follow in a President’s Footsteps,” appeared in the Manchester Evening News in February 2016. Sutton’s prose takes readers down unsigned dirt roads, through the rugged North Dakota Badlands, and to the far corners of Theodore Roosevelt National Park, all the while highlighting the personality and motivations of the man who would become America’s first “conservationist in chief.”

Best Trade Publication Article — Héctor Fabio Rizzo, editor of Mexico’s TOUR Magazine, won top honors for “La NUEVA New York” (The NEW New York). Through beautiful pictures and words, Rizzo’s article describes the distinctive flavor of New York, created by its diverse population, neighborhoods and energy. His story invites readers to discover the Big Apple’s new attractions and features, including One World Observatory at One World Trade Center, the 9/11 Memorial and Museum, and the Whitney Museum of American Art, relocated to a brand-new building in New York’s Meatpacking District.
During their evaluation of the entries, this year’s judges looked for articles that featured original ideas and exceptional storytelling skills, as well as prose that would inspire readers to travel to the United States.

The IPW Travel Writer Awards competition is held annually. Each of the winning writers receives $1,000 U.S. and an award certificate. This year’s competition was sponsored by CityPASS, the company that offers discounted admission packages to the top attractions in 12 North American destinations. ###

The U.S. Travel Association is a national, nonprofit organization representing all components of the travel industry, which generates $2.1 trillion in economic output and supports 15 million jobs. U.S. Travel’s mission is to promote and facilitate increased travel to and within the United States. For more information, visit www.ustravel.org.