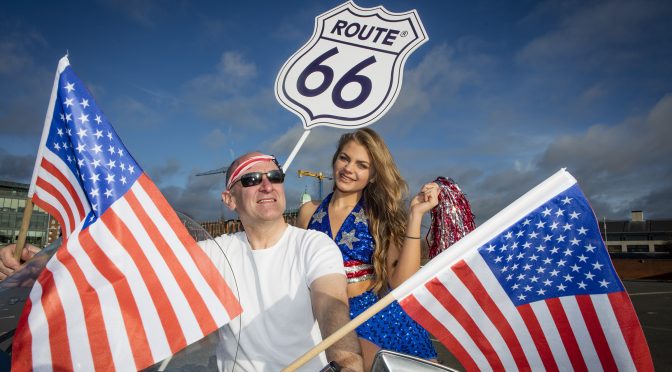 The USA, Spain and Portugal were the most popular holiday destinations for Irish holiday makers in 2017 according to the latest Irish Travel Agents Association quarterly survey. The results of the survey were announced today at the RDS, in advance of the opening of Holiday World Show Dublin tomorrow.

The US was also voted one of the top three destinations for 2018, after long-time favourites Spain and Portugal.

Cormac Meehan, President of the ITAA, commented, “The resurgence of US destinations at the top of the poll has been greatly assisted by the extensive transatlantic routes on offer from Ireland. Almost 30 million passengers passed through Dublin Airport last year and there are now over 3 million transatlantic seats from Ireland on sale. We are very fortunate that we are so well connected to the US with direct routes on offer from Aer Lingus, United Airlines, Delta Air Lines, Norwegian Airlines and American Airlines.”

He continued, “Aer Lingus will be at Holiday World Show showcasing its new routes to Seattle and Philadelphia, as part of its largest ever transatlantic schedule which also includes services to the US cities of Boston, Chicago, Hartford, Los Angeles, Miami, New York, Newark, Orlando, San Francisco and Washington. And this year’s Visit USA Pavilion will be the largest in the show’s 29 year history, with over 40 destinations on offer.”

Looking back at 2017, 40% of travel agents surveyed said that the biggest issue faced by their customers was cancelled flights. However, as the preparations got underway for Holiday World Show, the mood was jubilant; 75% of Irish travel agents saw an increase in their turnover in 2017 compared to 2016.

Cormac Meehan concluded, “This year’s findings show, once again, that the Irish Travel Industry is on an upward trend. Some 75% of agents experienced an increased turnover 2017 – a fantastic result for an industry which has adapted and embraced huge change over the last number of years.”

Contemplating 2018, 85% of travel agents surveyed said that they were optimistic for an increase in turnover on 2017, with 5% anticipating an increase of more than 20%.

The ITAA represents Ireland’s travel Industry, bringing together 100 travel agent members and 70 affiliate partners. ITAA members cover over 140 outlets in different towns and cities throughout the Republic of Ireland. All travel agent members are licensed by the Commission for Aviation Regulation and are fully bonded providing full financial protection for their customers.