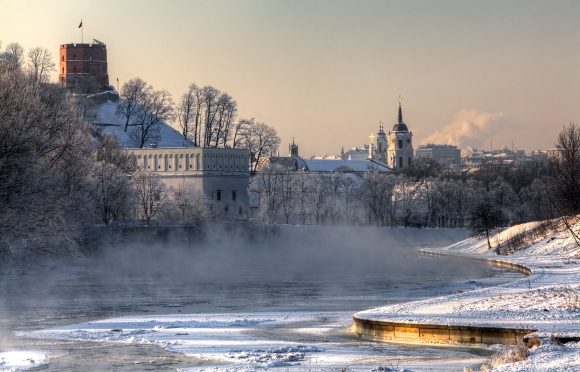 Vilnius was elected the most dynamically developing city of service centres in the region in the Central and Eastern European Service Centres Awards held in Warsaw on Thursday evening, and representatives of Lithuania won another five prizes.

Vilnius was awarded as the most dynamically developing city of service centres in the region for the fourth consecutive year.

According to the data of “Go Vilnius”, the decision of companies to invest in Vilnius is most affected by the supply of skilled workers, which 50% of investors named as a motive, convenient urban infrastructure and logistics (20%), favourable business climate (18%), proximity of markets, i.e. adjacent and conveniently reachable 3 large markets: the Nordic market, the Central and Eastern European market and the Western European market (15%).

“Investors and international service centres find Vilnius attractive, because of it being one of the most open, fastest and most dynamically developing cities not only in the region, but in Europe as well. Companies choose Vilnius primarily for its talented, skilled and multi-lingual professionals. Vilnius is the most radical implementer of the open data policy; moreover, we have the fastest Internet connection, the city is convenient for living and working. By creating attractive conditions for business, Vilnius has confidently and rapidly advanced being the investment attraction centre in the region for 4 years in a row”, – said Remigijus Šimašius, Mayor of Vilnius.

International companies established in Vilnius also received awards for their work in the awards ceremony held in Warsaw. “Cognizant Technology Solutions” won in the BPO Firm of the Year category, “Danske Bank (GSL)” was elected the Shared Services Firm of the Year in the Baltic States for the second consecutive time, and “Western Union Processing Lithuania” received the award for the application of robotized solutions (Top RPA Implementation of the Year). Šarūnas Šuipis, General Manager of Western Union Lithuanian Division, was awarded as the Best CEO.

According to the data of “Go Vilnius”, out of more than 60 international service centres operating in the country in 2017 and employing about 15 thousand specialists, 44 centres were established in Vilnius. This number will continue to grow, because this year, Booking.com, the largest hotel reservation platform in the world, will settle in Vilnius. Its service centre is planned to hire as many as 900 people in the next few years.

The Central and Eastern European Service Centres Awards have been held for six consecutive years. Independent jury of business professionals evaluate cities of the region, service centres and their managers for the development of the service centre sector. More than 50 companies from Poland, Hungary, Czech Republic, Romania, Latvia and Lithuania were nominated for this year’s awards. The event held in the Warsaw Intercontinental Hotel on January 31 – February 1 brought together more than 300 guests, who listened to presentations and took part in discussions before the award ceremony.