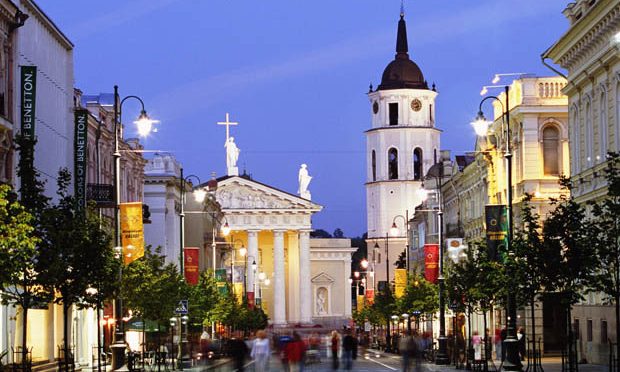 FVilnius is the first city in the Baltic States and the entire East-Central Europe region, which has become a full-fledged member of the Startup City Alliance Europe (SCALE). The application of “Go Vilnius” for the membership of Vilnius city was approved in the meeting of the alliance held in Kiev.

SCALE has been developing a system, which helps European start-ups to easier reach different cities where they can test and develop their ideas and products.

According to the Director of “Go Vilnius” Inga Romanovskienė, the participation of Vilnius city in SCALE network will allow the city and its rapidly growing community of start-ups to establish relations with most advanced European start-ups and thus exchange ideas, innovations and promote the development of knowledge economy.

Participation in the SCALE network opens up opportunities for Vilnius companies not only to take part in foreign projects, but also to attract and develop new international start-up or knowledge economy projects and to hold business conferences related to these areas.

“Having become SCALE members, we have a real opportunity to make Vilnius a new hot spot on the map of new European technology events,” says Inga Romanovskienė.

The SCALE network founded in Amsterdam brings together 19 European start-up organizations operating in such European cities as Amsterdam, Stockholm, Helsinki, Oslo, Lisbon and Rome. The aim of the cooperation of the cities is to create a transparent ecosystem of start-ups able to help start-ups to reach new markets.

According to Berth van der Lingen, the Ambassador of the Kingdom of the Netherlands in Lithuania, SCALE is a very important organization, which helps create a common ecosystem of European start-up cities, which would enable a faster and more efficient cooperation. 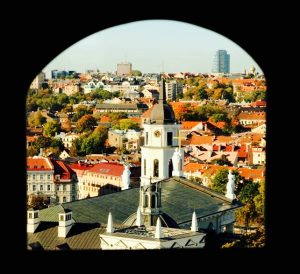 “It is amazing that Vilnius is the first of the cities in its region to join the Startup City Alliance Europe (SCALE), which was founded in spring of 2016 at the initiative of the start-up agency “StartupAmstredam”. SCALE seeks to create an ecosystem of European start-up cities, which will promote more efficient sharing of knowledge, financing opportunities and product ideas. This step is yet another proof that Vilnius can play an important role in the urban ecosystem of European start-ups.

As the matter of fact, start-up communities of Vilnius and the Netherlands have already been cooperating: the Dutch business accelerators and venture capitalists have actively operated in Vilnius, also developing initiatives of the development financing. The team of embassy employees highly appreciates the opportunity to contribute to Vilnius joining the SCALE network, which will further strengthen the interaction between start-up communities of the Netherlands and Lithuania”, said Berth van der Lingen, Ambassador of the Kingdom of the Netherlands in Lithuania.

One of the main goals of SCALE is assistance in the creation of a transparent ecosystem of European start-ups, which will help start-ups reach different countries and successfully develop their activities therein. Another very important goal of SCALE is the strengthening of the cooperation between self-government structures, universities, businesses, investors and start-ups of European cities.

“Go Vilnius” implemented the accession of Vilnius to SCALE. An information platform was developed for successful attraction and cooperation of start-ups in cooperation with the law firm “Trinity” and “Startup Lithuania”, presenting information on the legal and tax framework, business development procedures, start-up ecosystem, thematic events and start-up visa procedures – all that is needed for successful co-operation.