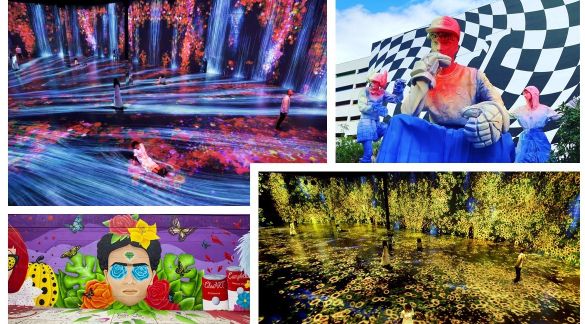 Greater Miami and Miami Beach are back in full swing this year, and visitors have more reason than ever before to celebrate life with a trip to experience the city’s culture, dining, beaches, and more. From new ways to get here to new things to do, this cheat sheet recaps some of the most recent highlights making headlines in Miami’s tourism sector.

Miami remains a top destination booked according to Q1 reports, but the city and region are only just getting started.

Among boutique hotels that opened recently, Gabriel South Beach is a newcomer powered by renewable energy. The Balfour brings Art Deco details and a dining scene worth checking out. Meanwhile, the Goodtime Hotel was ranked the 14th best new hotel according to TripAdvisor. Klimpton launched its boutique Palomar Hoteland Marriott did the same with Moxy Hotel, bringing more intimate properties to South Beach.

AC Hotel Miami Dadeland, South Miami’s newly opened hotel that’s connected to Dadeland Mall, features contactless robot food delivery service in partnership with Cartken and FanFood. Upon check-in at AC Hotel Miami Dadeland, all guests will now be provided with a QR code that directs them to FanFood’s website where they will be able to choose and order from participating restaurants within Dadeland Mall’s Dining Pavilion.

Looking forward, Atwell Suites, a new hotel brand for IHG will open its first location in Downtown Miami in November 2022,  Treehouse Brickell has been announced for a 2025 opening.

It’s all about resuming previous service and starting new routes this year. For example, Sky Airline Peru launched a new flight from Lima earlier this year while Red Air now features a twice daily flight from Santo Domingo in the Dominican Republic.

In the U.S., getting to Miami has never been easier. Spirit Airlines rolled out 30 routes to Miami this year. Alaska Airlines also boasts a forthcoming daily flight to Miami this June. American Airlines has seasonal flights between November and April connecting Miami to cities across the country, including Albany, Burlington, Madison, and Tulsa.

Getting around Miami is convenient as ever with new services across the destination. The new transportation hub MiamiCentral allows for maximum connectivity with public transit options including the Metromover®, Metrorail®, Metrobus®, and City of Miami Trolley Systems. It will also link with the upcoming Tri-Rail Downtown Miami Link Service, a project through the South Florida Regional Transportation (SFRTA) and partners to extend the Tri-Rail commuter rail service to Downtown Miami.

Miami Central also links South Florida’s Brightline express train which recently returned to regular service. Brightline rail service is also taking the next step to begin rail service linking Miami and Orlando in early 2023 by running trains without passengers between West Palm Beach and Cocoa starting next week and continuing throughout 2022. The trains in that new 130-mile stretch will be training engineers and conductors on the territory, going round trip once daily.

On the water, Poseidon Ferry, Miami’s long-awaited waterborne commuter service, resumed hourly trips between Miami and Miami Beach. There are also two anticipated new routes that will be announced in 2022 including Miami/Miami Beach/Coconut Grove and Miami/Bimini/Nassau.