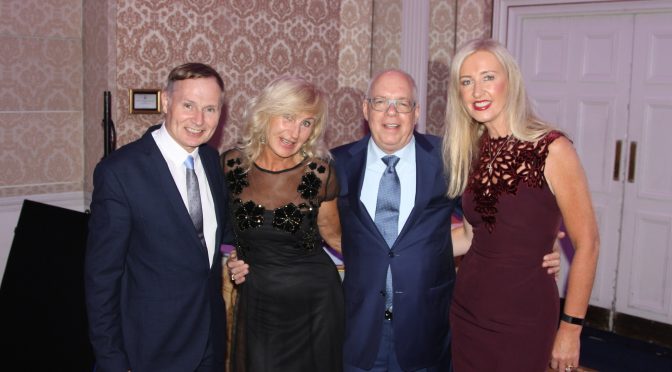 The Travel Media Awards, in association with Shannon Airport took place on Thursday 7th June 2018 in the Shelbourne Hotel, Dublin.

The annual Travel Media Awards, now in their eighth year, are a highlight of the Irish travel industry calendar, for both media and trade. Well-known travel writers and broadcasters Fionn Davenport and Deirdre Mullins were back again this year to MC the big day and as always, there were lots of surprises and giveaways.

The Travel Media Awards are unique in that they are the only awards that call on members of the media to vote for their favourite travel companies. This year’s awards featured some exciting new categories including Best Luxury Hotel Group, Best Destination Representative, Best Themepark and Best Breakout Irish Travel Writer.

Amadeus once again sponsored the much sought after Amadeus Innovator Award, and category sponsors on the day were Las Vegas CVA, Malta Tourism Authority, United Airlines and the Portuguese National Tourism Board.

To see photos from the awards visit the TravelMedia.ie Facebook page  All voting was independently audited and managed by Alex Gibson, DIT.

Declan Power, Head of Aviation Development, Shannon Airport, said, “Following the wonderful success of last year’s awards we were very excited to return as headline sponsors for the Travel Media Awards 2018. This year was bigger, better and even more fun-filled! 2018 has been a great year for Shannon Airport so far – we’re celebrating 20 years with United Airlines, 30 years with Ryanair and 30 years of US pre-clearance through Shannon Airport. We’ve seen great growth over the last five years and look forward to it continuing throughout 2018.”

Commenting on the awards, Michael Collins, MD of TravelMedia.ie, said, “Thank you to everyone who made this afternoon such a special and fun day, especially our headline sponsor Shannon Airport, and a well-deserved congratulations to all our winners, in particular Alan Sparling (ASM Ireland), Richard Burgess (APG) and Tom Travers (Hotel Beacon NYC).”

Another great day in the 5* Shelbourne Hotel for the eighth annual Travel Media Awards. A full house of travel trade and…

Posted by TravelMedia.ie on Friday, 8 June 2018